Traditional axes from Wetterlings of Sweden.

UPDATE : Wetterlings no longer produce axes. The Wetterlings forge is now owned by Gransfors. The information below remains unedited. 20/05/2021

Wetterlings are probably the oldest traditional axe manufacturer in the world, still producing axes the way they have been made for centuries. 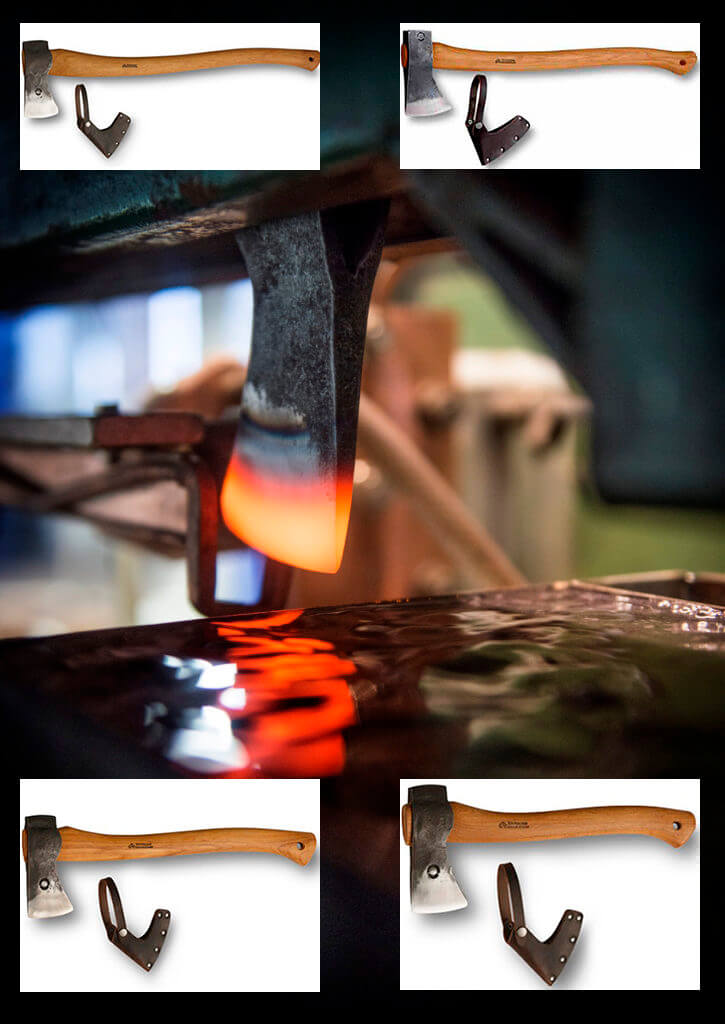 The company has been making axes in Storvik, in central Sweden, since the end of the nineteenth century. In 1880, Sven Wetterling began manufacturing axes, broad-axes and bark shovels for the then-thriving forest industry. He was joined in 1882 by his brother Otto, who had spent several years studying industrial axe manufacturing in America. Otto, who was very technically-minded, was appointed foreman and immediately took responsibility for the production and ongoing development of the company.

Wetterlings have been on the same premises making their tools for over one hundred years. At present the business employs 16 people forging axes and tools as well as turning handles.

Long time a rival of axe manufacturers Gränsfors Bruk, Wetterlings is now under the same ownership and at ProAdventure we provide a selection of top quality Wetterlings axes to complement our Gränsfors Bruk range.

The Hudson Bay Axe is forged by Rikard Jansson, one of the skilled blacksmiths at the Wetterlings Axe Forge in Storvik. The axe is made of Swedish Carbon Steel and the bit is hardened to 57 Rockwell C, which is harder than most Hudson Bay Axes on the market.

The American Forest Axe is of the special American design for forestry workers, used when felling and limbing trees with both saw and axe.

The Outdoor Axe is a lightweight axe with a longer handle, made for both one and two handed use. Similar in size to the Gränsfors Bruk Small Forest Axe, the two-handed use allows you to chop with greater force. It is possible to chop down fairly large trees, but we advise you to be kneeling while chopping for safety.

The Hunters Hatchet is designed to be a practical axe for a multitude of situations, and is also similar in size to the Gränsfors Bruk Small Forest Axe. It’s delivered with a hickory handle and leather sheath.

As we move into the Christmas season, Wetterlings axes are ideal for getting down to business with those Yuletide logs!

For those of us who compare all axes to the standard that is Gransfors Bruk, Wetterlings are different, and definitely not copies. For a similar length axe you will get a heavier head, the forest axes have a more convex grind, hence a potentially tougher edge, suited to splitting and general chopping with a thicker blade profile and longer cutting edge than your Gransfors axe.