In May 2010 we were invited to the Outdoor Academy of Scandinavia, hosted by the Varmland Region in Sweden.

We flew into Norway and met the fantastic OAS crew at the airport then jumped in a coach and headed off to Torsby just over the border in Sweden. Our first taste of cross country skiing was in the Summer, in a concrete tunnel, a 1500m loop used for summer training by athletes from all over Europe. 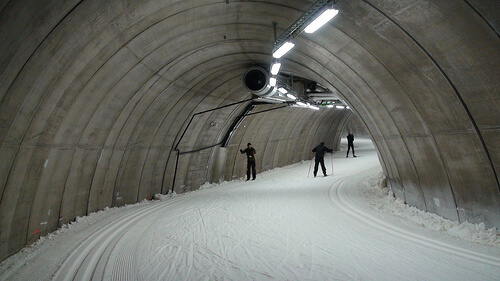 Torsby Ski Tunnel on the inside

The next day we built log rafts to float down the river Klarälven, cooking a tasty lunch on the way and even spotting a naked fiddler on the river bank. 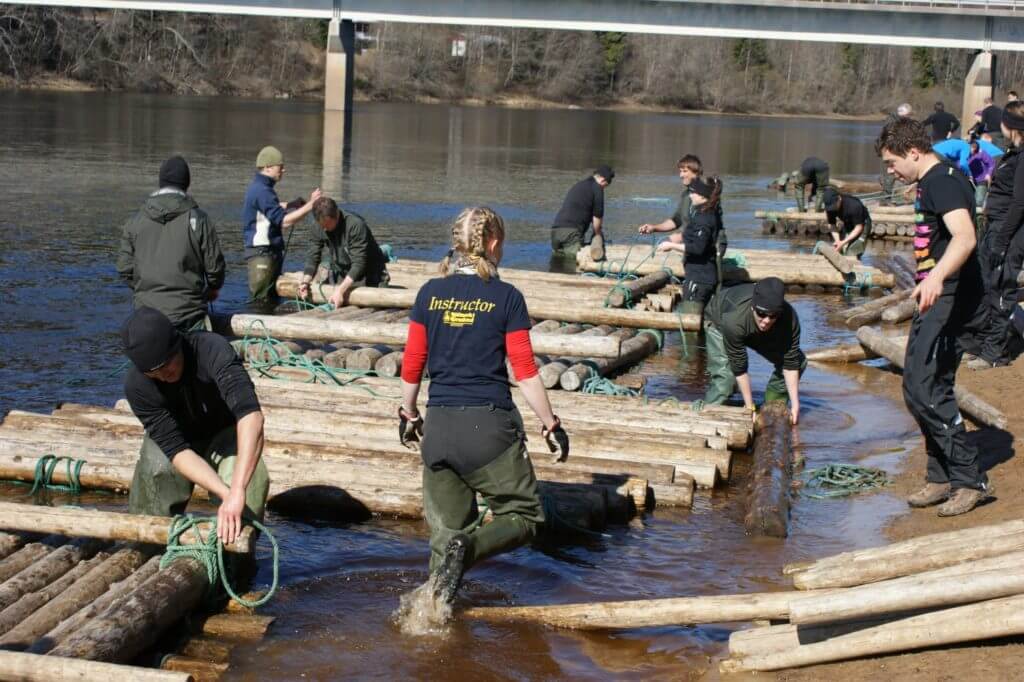 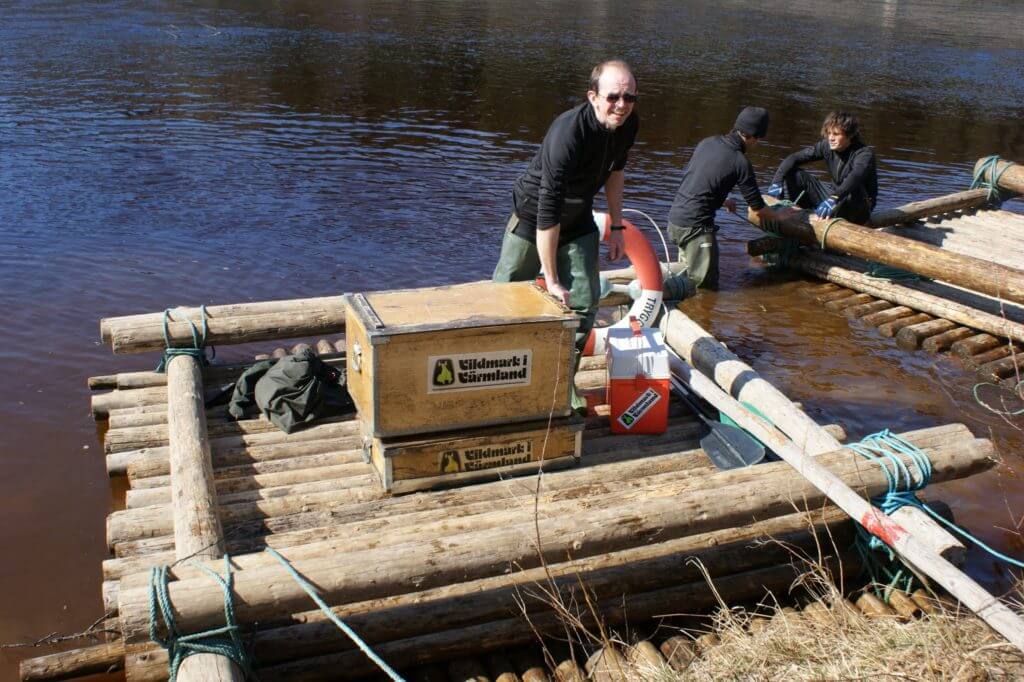 Ready to raft down river

Once we had dismantled the rafted we headed off on an 8km uphill walk in the Swedish woods. Hot work but good fun in good company. 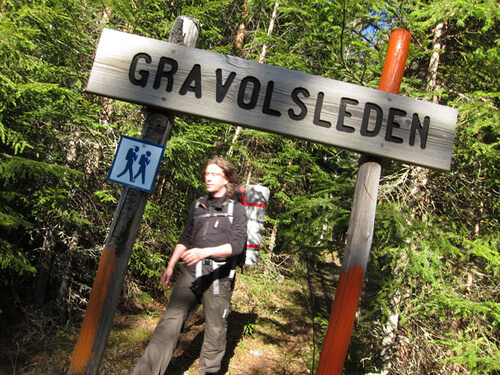 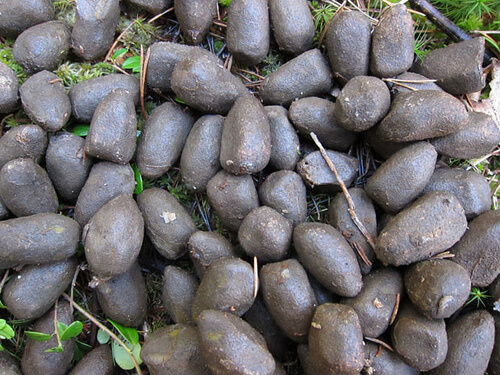 Looks so good you could eat it – Moose Poo

We got to our destination, a wild camping area by an old loggers hut, set up our Tentipi tents and got stuck in to a buffet of wild meats, salmon, moose, and they even claimed there was bear on the table. 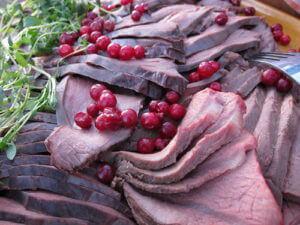 A wild meat Buffet in Varmland 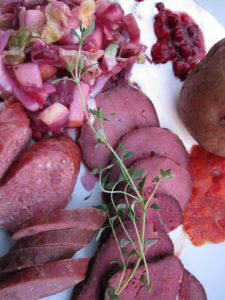 Is it really bear meat? 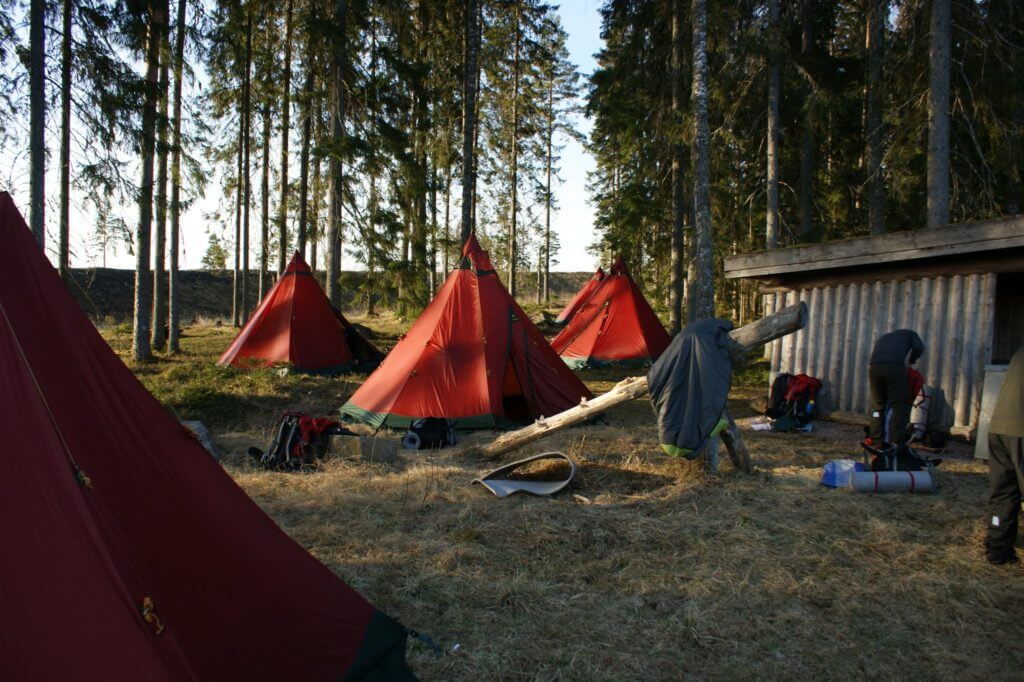 Tentipi in a Swedish Forest 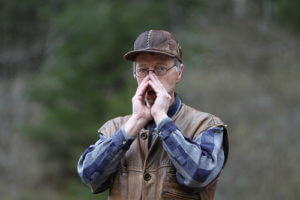 Teaching us the Moose Call

We woke to a frosty morning and a good breakfast, broke camp and headed of to the River Svartälven (“Black river”, 125km long), we spent the day canoeing down river with a break for lunch and an hour or so with the moose man.

We learnt moose calls, were shown wolf poo and the site where wolves had eaten a moose. 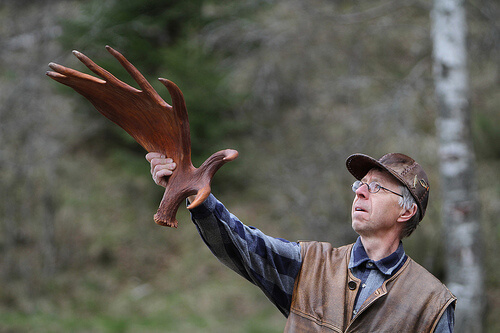 We paddled past Beaver Lodges, and camped by a lake and were treated to a fantastic sunset that went on for hours. We chatted late into the night and slept in Tentipi tents. 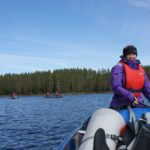 Crossing a lake on Svartalven 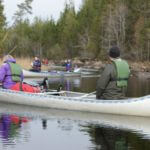 Canoeing to the camp site 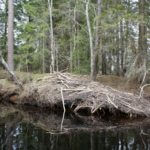 A beaver lodge in Varmland 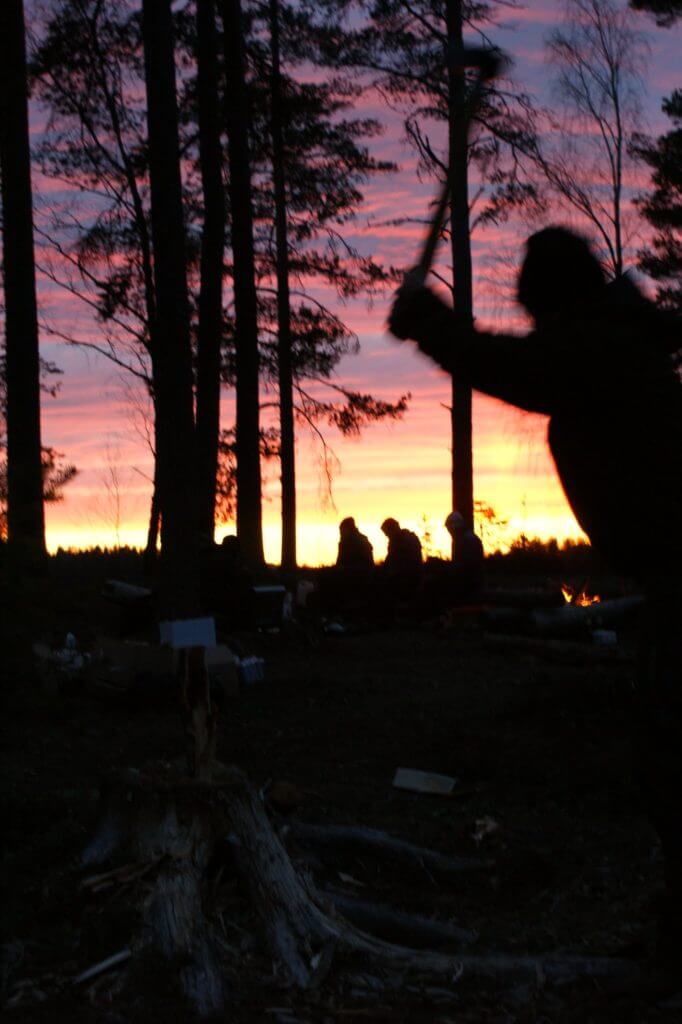 Chopping with a Gransfors Axe at Dusk 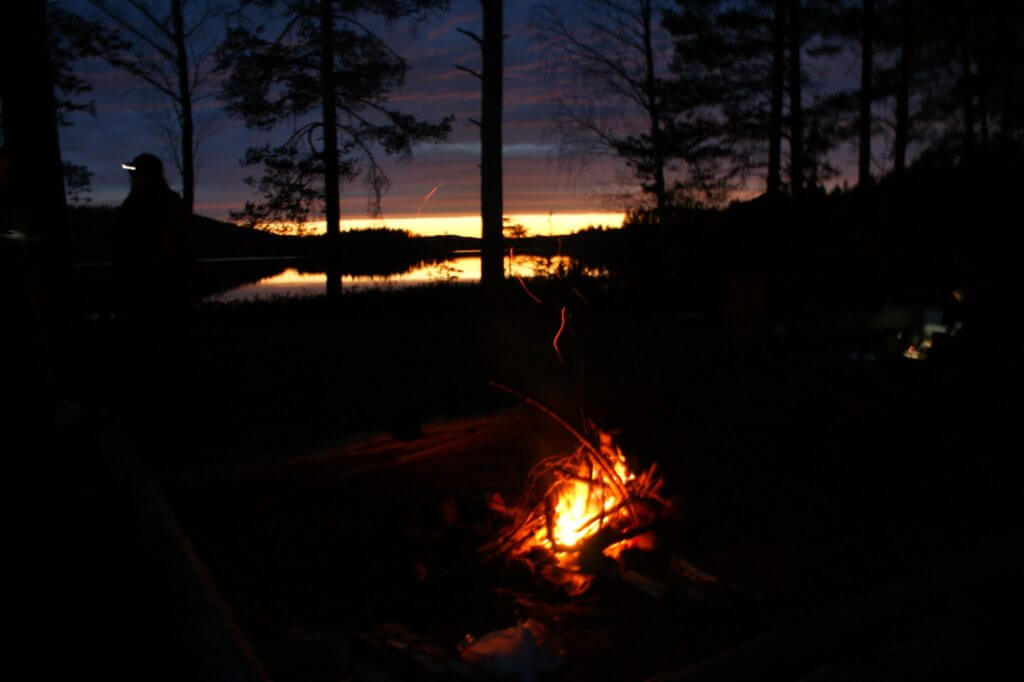 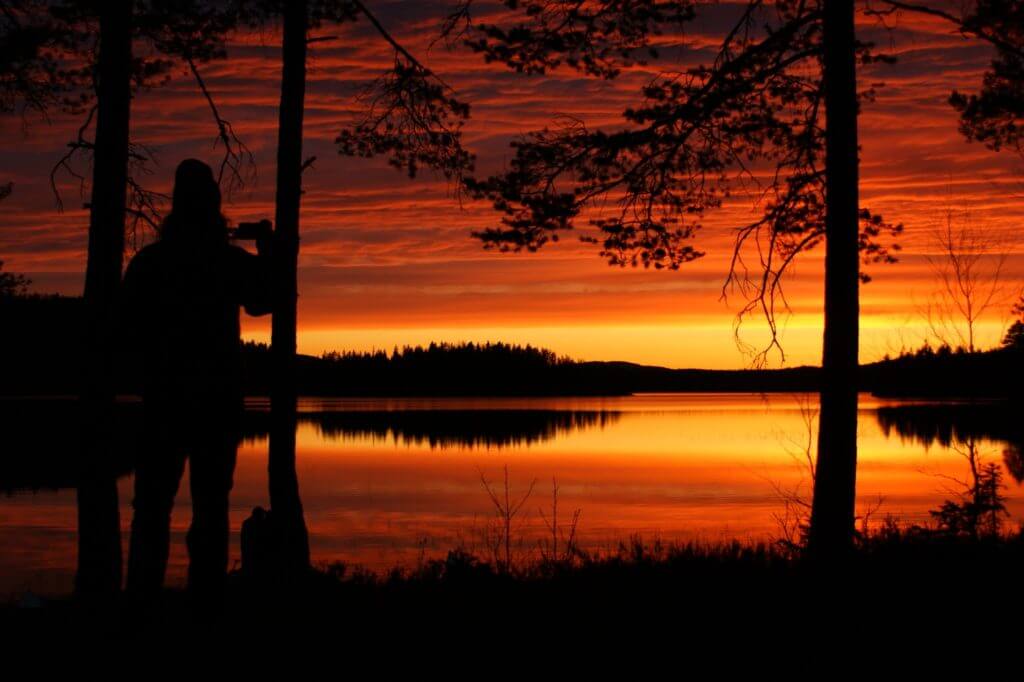 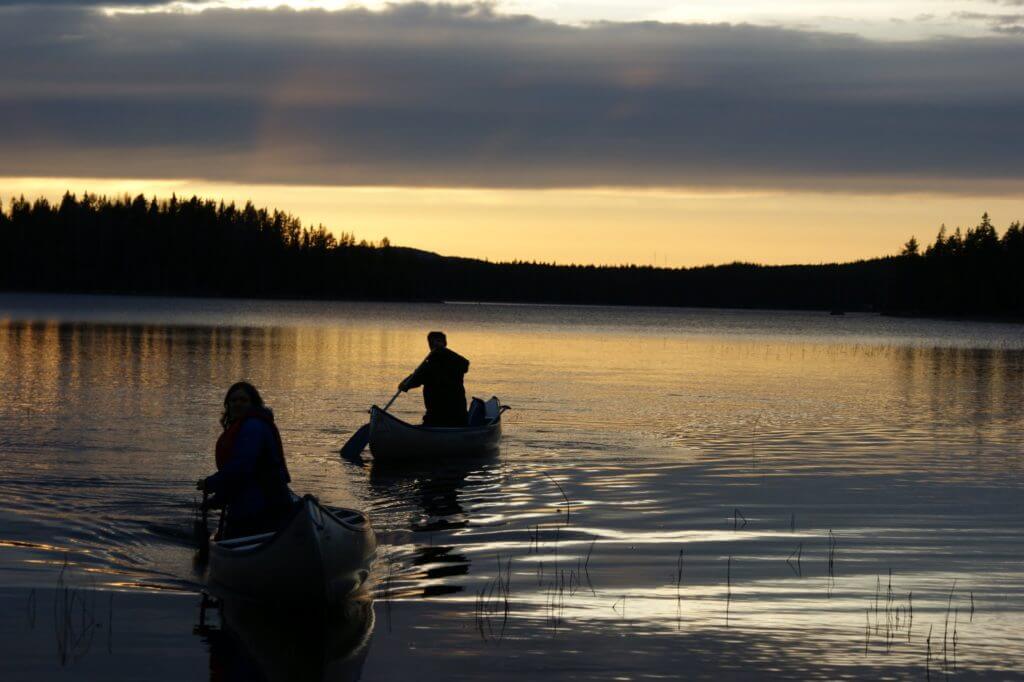 Pete and Lesley of ProAdventure canoeing in Sweden

The next day we had to leave the wilderness. We had a day of product and brand training followed by a traditional sauna and a formal dinner with the presentation of our Outdoor Ambassador of Scandinavia certificates, a video show and much singing of Helan Gar accompanied by snaps.

I was lucky enough to go on another OAS trip a couple of years later, snowshoeing in a national park for 5 days, you can read about this on our blog Tai Chi in the Snow – A Week in the Swedish Wilderness &#8211; Snow Shoes, Pulks and Dried Food

In the Valberget recreational area, 1.5 km north of the centre of Torsby in the north of the Värmland region, you will find Sweden’s first indoor cross country ski tunnel.

The area is very attractive both to elite skiers and to leisure skiers.

The ski tunnel is 8 m wide, with a height of 4 m. It offers two trails for classical ski-ing and two for skating. These 1.3 km long tracks follow the natural topography of the landscape and, inside the tunnel, we keep the temperature constant between 0°C and – 3°C.

Every 3×3 meter raft needed about 60 logs and it weighed about 1000kg when finished. It was a lot of work to build them but everybody had a lot of fun doing it.

This raft building event is a “Nature’s best” event which means it is eco friendly. The rafts are dismantled at the end of the trip and transported back to the build site where they will be reused for the next raft building group. Here’s some more information on Vildmark i Värmland’s website.