At ProAdventure we’re celebrating our 25th Anniversary, and earlier this year we began hosting an informal series of lectures with the aim of gathering together local mountain bikers, rafters, kayakers, climbers, hill runners, walkers and even cavers, to come and listen and talk about their adventures. 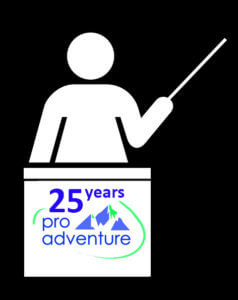 Dave, of ‘canoeing down Everest’ fame gave a  talk about a few of his adventures in places people don’t normally go to, unfortunately Ian (a.k.a. Badger) from Oneplanet-Adventure Llandegla couldn’t make it as he had to work at the mountain bike centre.

Dave started with a brief run down of the first Canoeing Down Everest expedition in 1976, where the team kayaked down the mighty Dudh Khosi River in Nepal in 4 metre fibre glass kayaks with 3.5 kg of cine camera gaffer taped to the front. They drove 7,500 miles to Nepal in a borrowed Transit, walked 180 miles with their kayaks and paddled the river, here is Dave’s summary, 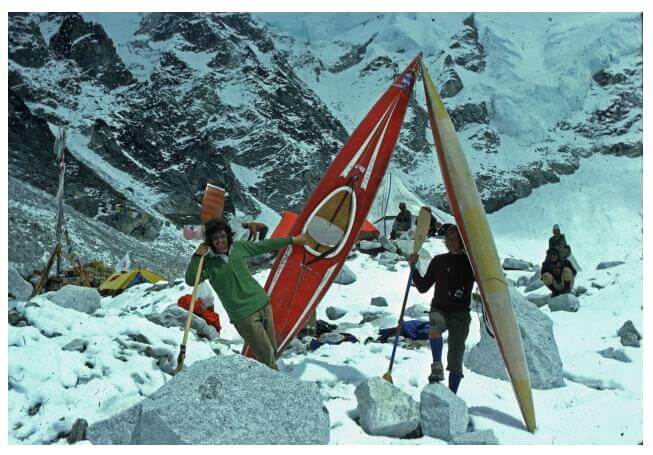 ‘Once backed the expedition team endured week-long breakdowns on the road overland, snow-blindness and sun burn, leeches and dysentery, high altitude swims and near drowning, but above all paddled some of the hardest white water tackled to date by any of the team. When they arrived back in Kathmandu after six weeks in the Himalaya they still had to drive the whole show back home. Four months after leaving the UK they arrived back in Dover at the beginning of November – the passport-control officer was non-plussed and on handing back the passports remarked “Been away long?” “Oh four months”. “Well, if you’re quick you’ll make last orders”. For the team members, however, it was, variously: a realization of 18 months planning, a life changing experience, a trip of a lifetime. ‘ davemanby.com

Dave next described the great beauty of Iran, Blue Mosques and magnificent rivers. Dave has been to this river twice with completely different water levels. There was so much to see and experience on this trip that you couldn’t remember it all if you only went once. 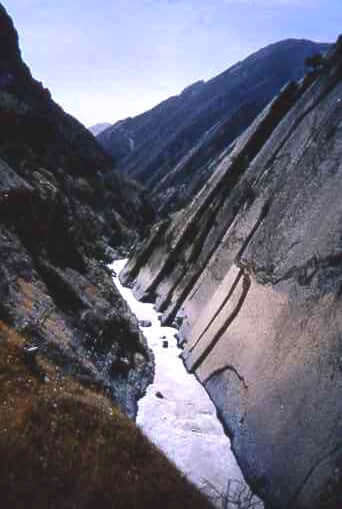 The Bakhtiaria River in the Zagros Mountains of Iran 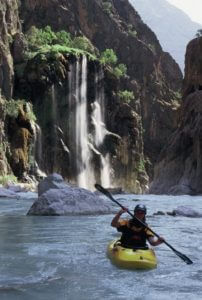 Moving East to India we learnt about the paddling fun to be had on the Saryu and East Ramganga, a great venue for a future youth expedition.

Not forgetting Georgia, a country with great paddling, hospitable people, an impenetrable language and now English speakers where you can pick up loaded AK47 magazines on the beach.

As Badger couldn’t make it Dave regaled us with tales and photo’s of exploring the underground cities of Cappadocia by mountain bike. 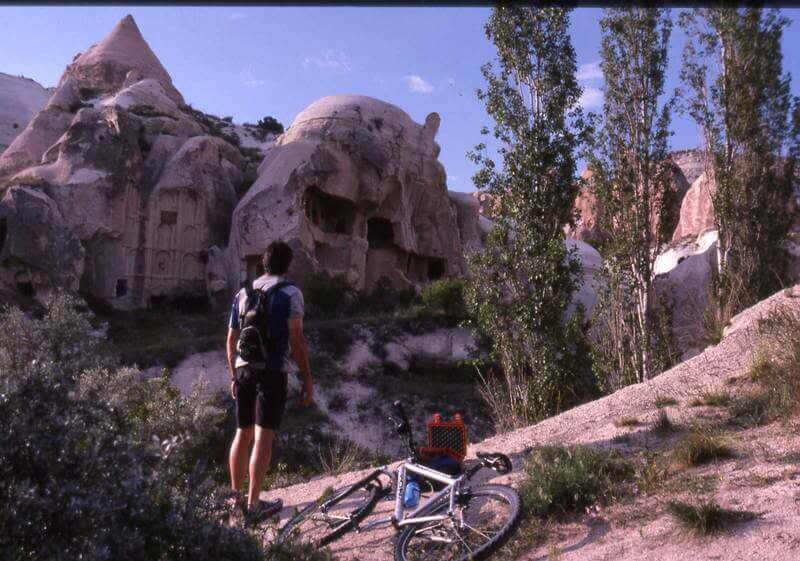 Exploring the underground city of Cappadocia by mountain bike

I nearly forgot, Dave also told us about a 5 day grade 2 trip on the Euphrates, easy access stunning and quiet, like a mini Grand Canyon. Dave has done this trip 7 times and only met other paddlers once. Let me know if you want more info.

Please note the Llangollen Adventure Lectures will be on hiatus during August, as everyone will be out adventuring. Weather permitting…or not.