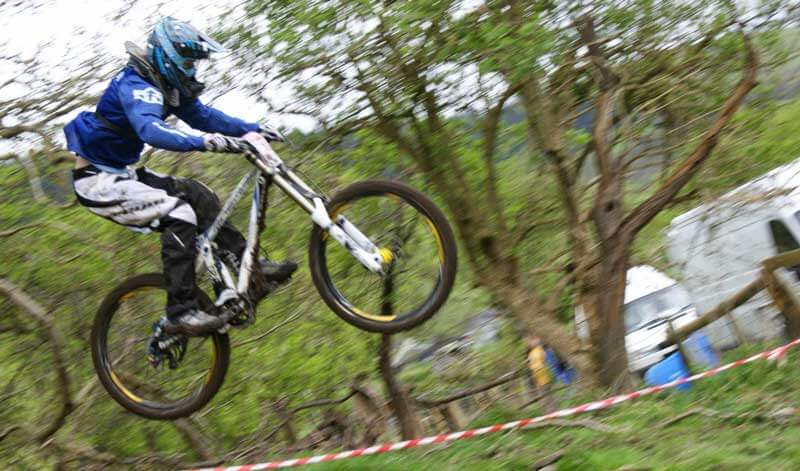 A Guide to Mountain Biking in the Llangollen Area

I have lived in the Llangollen area almost my whole life, growing up in Glyn Ceiriog, living in Llangollen and currently residing in Glyndyfrdwy. I have been a serious Mountain Biker since the age of 10, so about 25 years. There aren’t many routes I don’t know in this area, and in my opinion, there is no better way to experience the outdoors than by bike. However, “legal”places to ride, especially in this area, are few and far between. More often than not, bridleways turn into footpaths, there are long road sections between them, or just none at all.

If I was to recommend anywhere to ride to someone new to the area I would say Llandegla Forest https://oneplanetadventure.com/ or Coed-Y-Brenin https://www.beicsbrenin.co.uk/ as these are purpose built trail centres with signposted, graded routes. They are also safer if you have an accident as someone should come along soon! And to be fair they are great fun as they take away the worry of “is this legal” or “where am I going”. In my opinion though, nothing compares to natural ‘off-piste’ trail riding and the feeling of being the only person for miles around.

But where can I legally ride my bike, I hear you ask?

I once read a cartoon that summed up mountain bike access in the countryside and it went along the lines of ‘The countryside for all to experience and enjoy – except for Mountain Bikes’. This still rings true as “At the moment cyclists (and horse riders) only have access to just over a fifth of England and Wales’ 146’000km rights of way network – 22 per cent in England and 21 per cent in Wales. According to Cycling UK’s Campaigns Coordinator, Sam Jones: “That’s largely down to the archaic laws laid down prior to the invention of the bicycle…” (1)

When I started Mountain Biking wayback in the early 90’s, V brakes hadn’t been invented, the only affordable suspension available was to lower the psi in your tyres and there was no such thing as a trail centre. There was also no such thing as a Downhill, XC or an Enduro bike,you just had a mountain bike and that was it. Whether the trail was legal or not wasn’t even a consideration. You saw a path and thought, let’s try that one, often you ended up down a dead end or at some farmhouse and had to go back to where you started, but this was all part of the fun. If you met any walkers you slowed down, said hello and were considerate. I still live by this motto, we are all here to enjoy the outdoors, be polite and respectful and you can’t go far wrong. In the past… I have ridden many ahem… footpaths on my bike and the only issues I have had is with large organised ramblers groups and certain farmers, but this has happened only once or twice and on the whole everyone is nice as long as you are. Mountain biking is a tough sport and you often find yourself cursing up the hills and feeling bad when you get to the bottom of a great downhill as it was too quick. If you want to bike in North Wales be prepared for some big hills, punctures and very wet trails, but my advice is to just go ride, be sensible, have fun and ride within your abilities, tell someone where you are going and when you will be back. Get an OS map and have a gander at where might look good and go there but only use the map to find where to start or if you get lost, use your common sense and just say to yourself that looks good. Failing that you could get onto a local forum or find some organised riding groups. Some links are provided below: –